Over the last few years we have developed a number of bespoke solutions which are specific to this field and we would be able to offer the best features and ideas which were successfully tested in real businesses.

We create only flexible, interactive and user-friendly Web solutions that can be easily managed. Also we work in your time zone, so you can always get a quick response and reliable help with all your needs.

with a strong workforce of 50 employees and 3+ years in operations.
Great Support

Project support and maintenance is part of our customer promise.

On Time, On Budget

Delivering projects on time and on budget is our passion.

We offer an Easy Start for our new clients. You can start your project with Web Peppers without prepayment! Just contact us for more details

The Proof is in the Numbers

Hired people for our clients

GREAT WORDS FROM CLIENTS
Testimonials
We are proud to work with many of the most awesome companies
in the world. Here's what our clients had to say about us.
"I can highly recommend Web Peppers for their professionalism and competency in taking the project from the initial requirements to delivery and contributing invaluable insights and input at the critical stages of the development. They managed the project with the right tools with high degree of fluency in communication and reporting."
Information Architect
Tape London Ltd.
"We are working with guys from Web Peppers since 2014. They provide us a recruiting services of high quality! After beginning, the first candidates were sent in short time. All candidates were a really good quality so we have a few more developers successfully joined our team! Thanks for your help!"
Drupal Team Leader
JYSK Ukraine

Give us a bit of detail on your needs and let us help!

Almost any IT project is pretty complicated from some point of view. However, it can be simplified by using the right tools. Node JS has such important tools as well. These are the most widely used tools:

Here are some widely used approaches for setting up Node JS development environment. Let’s highlight some main points of this process from the very beginning till the end.

Reliable solution on where to host the entire environment is the first thing needed, when you start the creation of Node JS development environment. There are a number of hosts, which will allow effective and quick development process.

There is a tool able to provide the most vigorous internal features of Google. This is a Google Container Engine. Such engine can be submitted as distributed system based on containers. Developers are provided with the opportunity to use mechanisms similar to those utilized by engineers from Google. In addition, problems with deployment are solved by computing based on containers as well, so every engineer can focus specifically on the code’s application. Thus, developer can use Google Container Engine for such Node JS projects as: 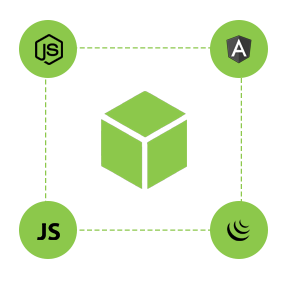 Many developers say that one of the most complicated parts in learning a new language or technology is getting started with tools, which are associated with it. Nevertheless, GIT considered to be pretty simple and user-friendly tool that allows working with browser code and server side.

Thus, setting up Node JS development environment seems to be not that complicated task to do, but it is always better to contact top-level professionals and be sure that your business solutions are out of any risks and issues.

Let's get in Touch!

We use cookies to ensure that we give you the best experience on our website. If you continue without changing your settings, we'll assume that you are happy to receive all cookies on the our website. However, if you would like to, you can change your cookie settings at any time.