Over the last few years we have developed a number of bespoke solutions which are specific to this field and we would be able to offer the best features and ideas which were successfully tested in real businesses.

We create only flexible, interactive and user-friendly Web solutions that can be easily managed. Also we work in your time zone, so you can always get a quick response and reliable help with all your needs.

with a strong workforce of 70 employees and 5+ years in operations.
Great Support

Project support and maintenance is part of our customer promise.

On Time, On Budget

Delivering projects on time and on budget is our passion.

We offer an Easy Start for our new clients. You can start your project with Web Peppers without prepayment! Just contact us for more details.

The Proof is in the Numbers

Hired people for our clients

GREAT WORDS FROM CLIENTS
Testimonials
We are proud to work with many of the most awesome companies
in the world. Here's what our clients had to say about us.
"I can highly recommend Web Peppers for their professionalism and competency in taking the project from the initial requirements to delivery and contributing invaluable insights and input at the critical stages of the development. They managed the project with the right tools with high degree of fluency in communication and reporting."
Information Architect
Tape London Ltd.
"We are working with guys from Web Peppers since 2014. They provide us a recruiting services of high quality! After beginning, the first candidates were sent in short time. All candidates were a really good quality so we have a few more developers successfully joined our team! Thanks for your help!"
Drupal Team Leader
JYSK Ukraine

Give us a bit of detail on your needs and let us help! 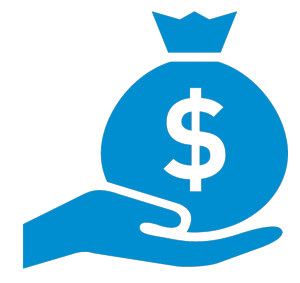 A good job is a well-paid job that you like doing. Drupal development is one of such jobs that offers two great benefits: you receive a worthy Drupal developer salary and never stand on one place continuing to develop. New versions of CMS do not allow relaxing and require that each developer was looking for interesting ways if implementation Drupal ideas in reality. But these painstaking tasks are rather rewarding as the salary of Drupal developer may vary between $30,000 – $130,000. Of course, the range is rather impressive and depends on many factors: the country a developer works for, his level of expertise, experience, volume of work, position (constant or temporary) etc. Some developers charge money by hours – Drupal developer hourly rate varies between $25-$150, the other work according to the contract, but the average salary of a developer is various in different countries: it is about $60,000 in the USA and UK, but much lower in developing countries. Another good news is statistics data according to which there is an annual salary increase in the Drupal developer careers and the demand for such professionals only increases.

Let's get in Touch!

We use cookies to ensure that we give you the best experience on our website. If you continue without changing your settings, we'll assume that you are happy to receive all cookies on the our website. However, if you would like to, you can change your cookie settings at any time.